Built by the Severn Bridge Railway Company between 1875-78, this 506-yard tunnel formed part of the western approach route to a mammoth cast iron rail bridge of 4,162 feet which spanned the river, joining the village of Purton on the west bank to Sharpness on the east.

One man died during the tunnel’s construction which, although built for two tracks, only ever accommodated one. Both masonry side walls incorporate several refuges whilst the brick roof has been supported with rail and timber in a couple of places. From the south, the line entered on a gentle curve of 120 chains radius, climbing towards the north end on a gradient of 1:132 before levelling out about 60 yards from the entrance.

The line was cut by the partial collapse of the Severn Rail Bridge in October 1960 after being struck by two barges in thick fog. Two rail tours used the line through the tunnel to reach Severn Bridge Station in April 1964. The track was finally lifted in 1968-69. 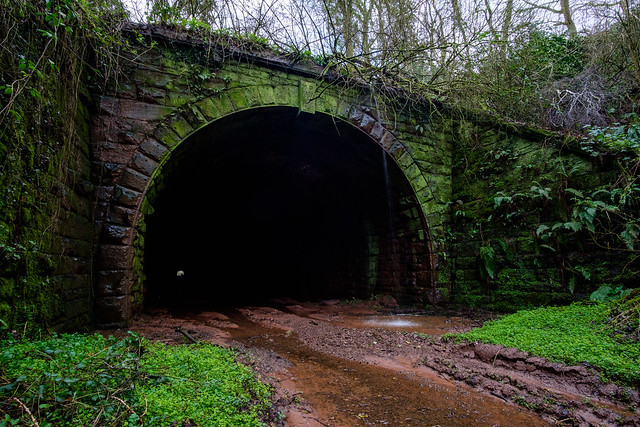 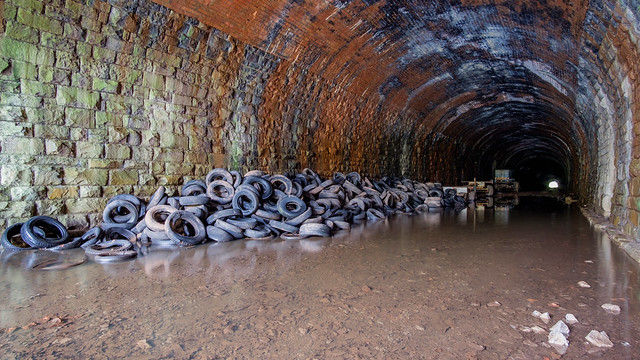 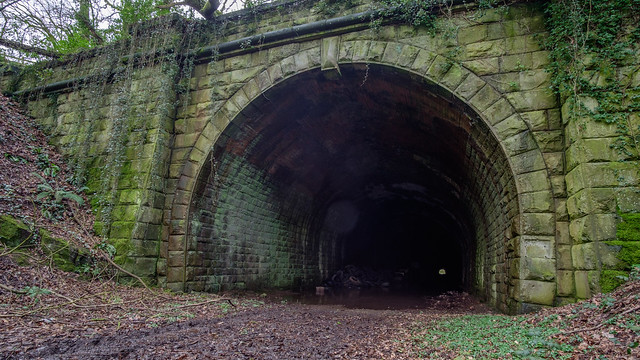 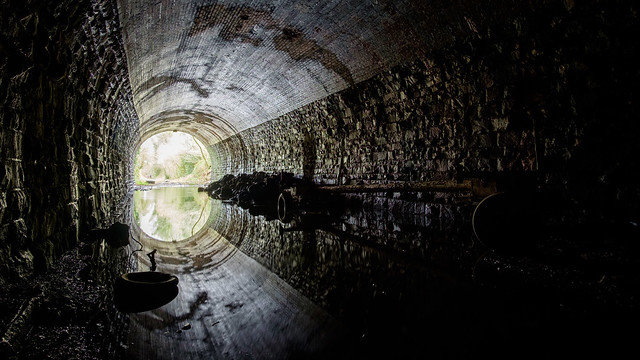 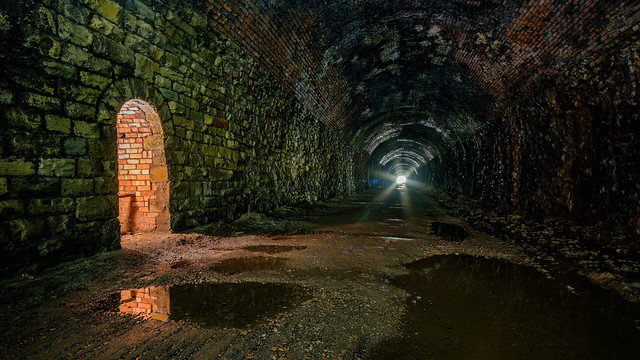 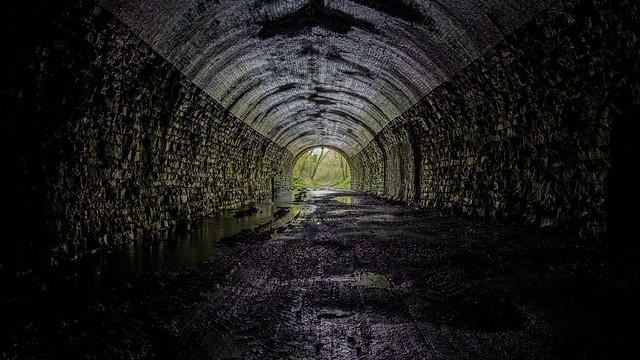 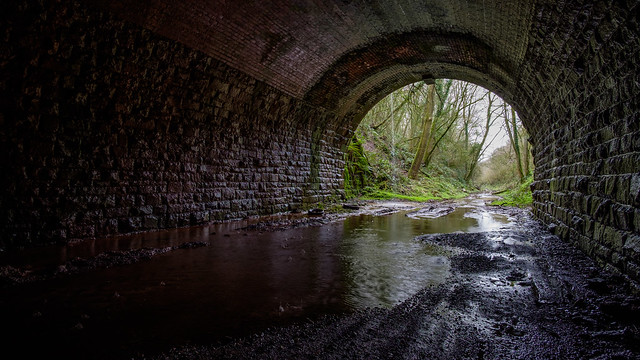