Two-track throughout, the line crossed Sheriff Mill Viaduct before climbing to reach the 218-yard long Lywood Tunnel. This boasts attractive brick portals with buttresses either side of the entrance, curved wing walls and an ornate string course below the masonry-topped parapet. The interior lining is also in brick, with deep refuges provided for the line’s platelayers. Considerable water ingress was mitigated by the addition of drainage pipes.

The route benefitted from third-rail electrification in 1935 but was reduced to single line working over the Up line in 1958, the Down being used as a siding for unwanted engines and coaches from the Kent coast line. Although the branch officially closed on 28th October 1963, rolling stock to the newly-established Bluebell Railway occasionally passed through the tunnel. The last such recorded movement came on 13th May 1964. Track lifting was completed in September and Sheriff Mill Viaduct demolished four years later. 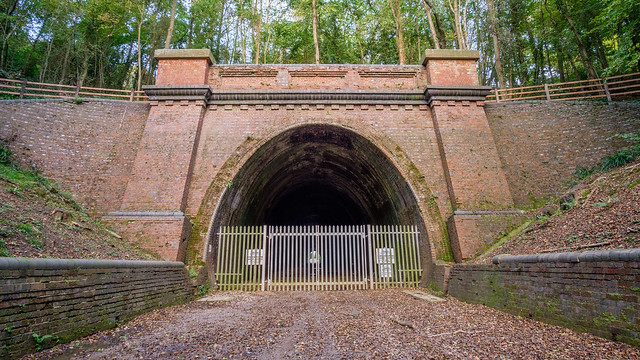 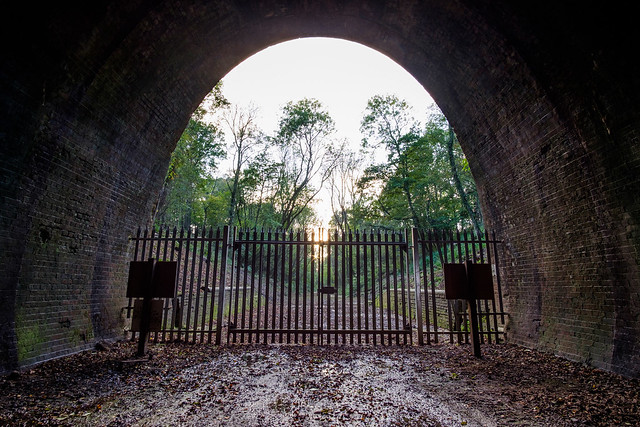 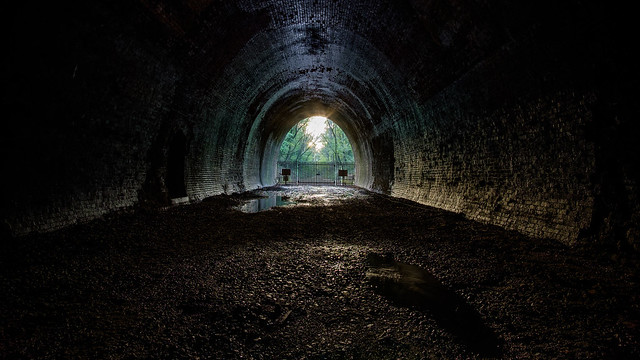 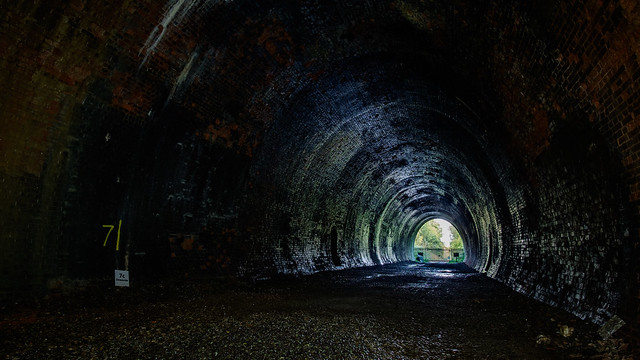 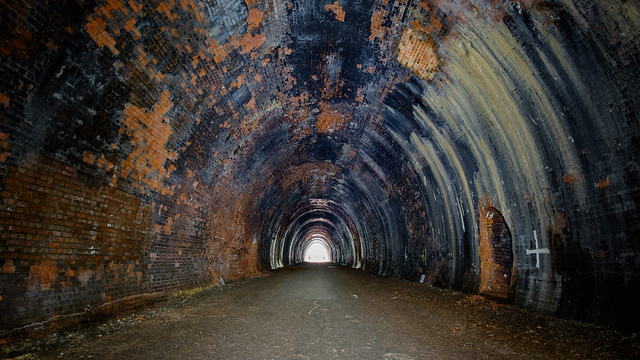