On 18th August 1939, the Air Ministry sought approval to acquire the disused Glynrhonwy Isaf slate quarry which had closed in 1930; the quarry, near Llanberis in North Wales, was deemed suitable for the storage of 18,000 tons of bombs. It consisted of a number of deep open pits, linked together by tunnels. Following the apparent success of the design employed at Harpur Hill in Derbyshire, the air ministry decided to use the same technique at Llanberis, converting the eastern pit into an underground depot, but because of the great depth of the quarry the design was adapted to produce a structure with two floors throughout. The lower level and a conventional flat reinforced concrete ceiling which also formed the floor of the upper level which had an arched roof like that at Harpur Hill. Standard and narrow gauge railway lines entered the lower level of the depot through the original quarry access tunnels, while three electric lifts transported bombs to the upper floor. The deep pits to the west of the depot were later used for burning and dumping redundant and dismantled ordnance. 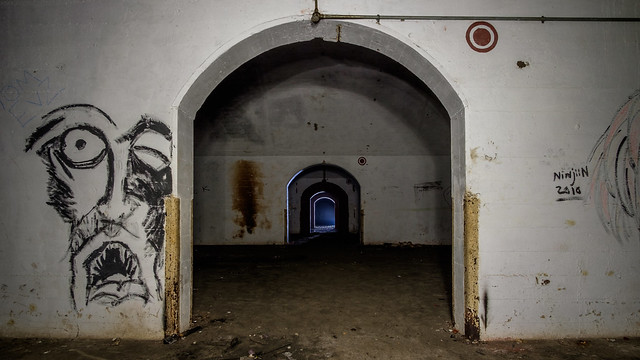 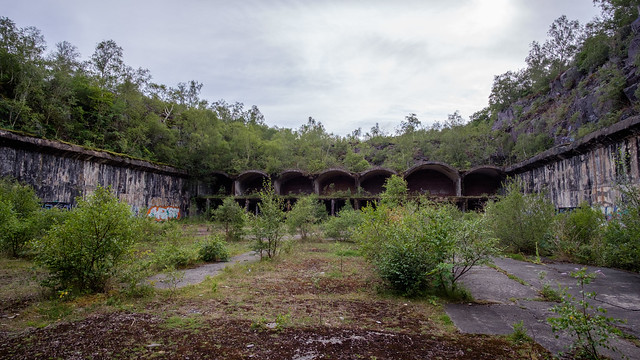 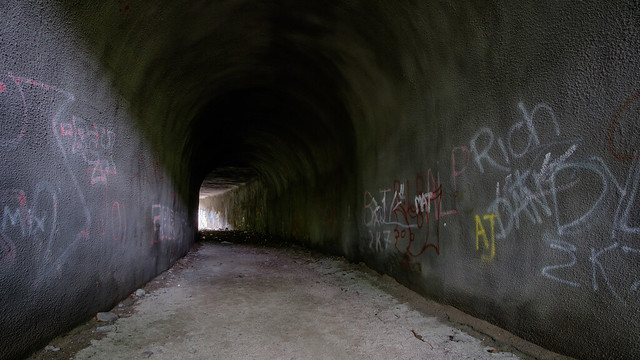 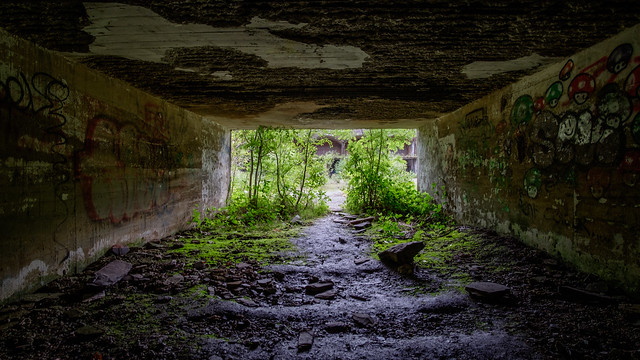 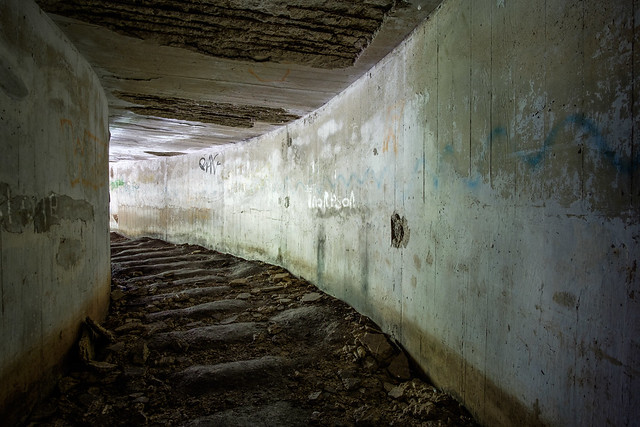 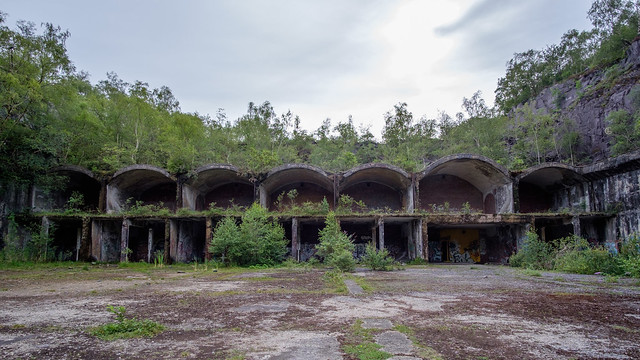 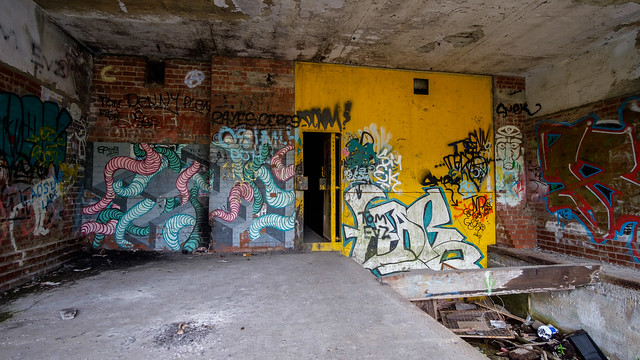 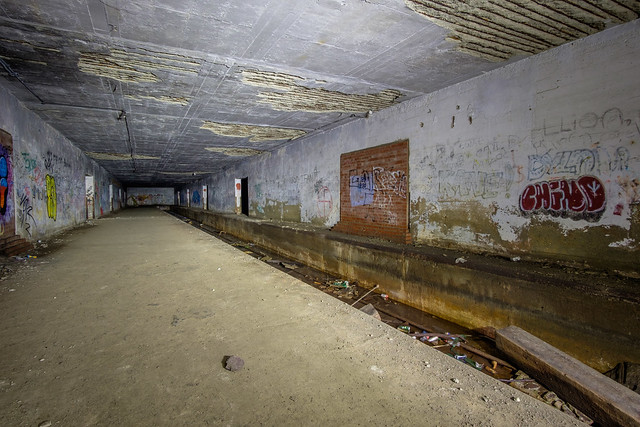 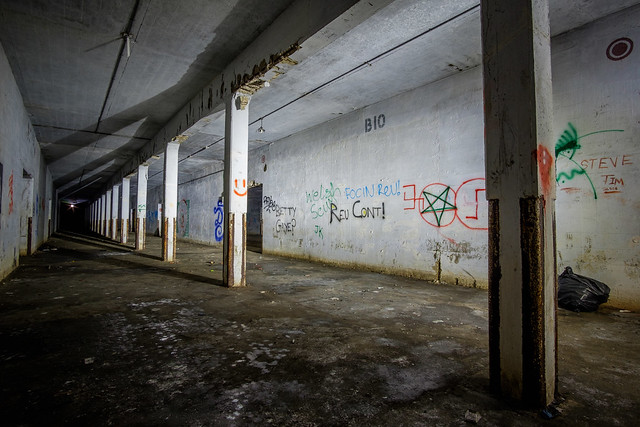 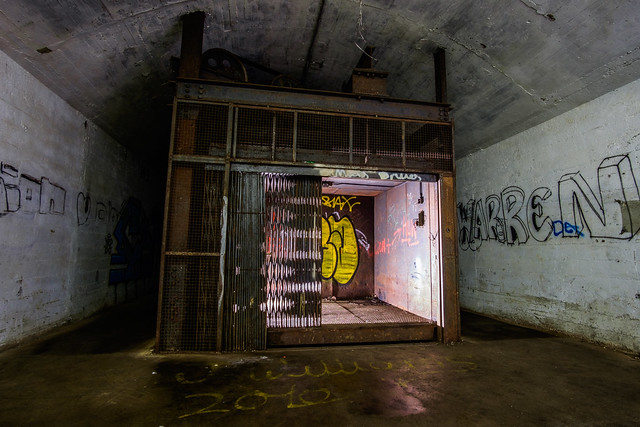 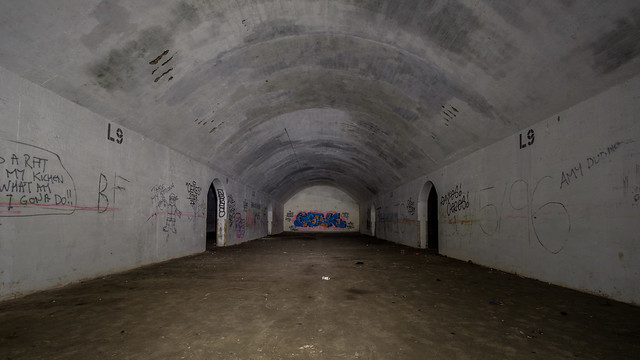